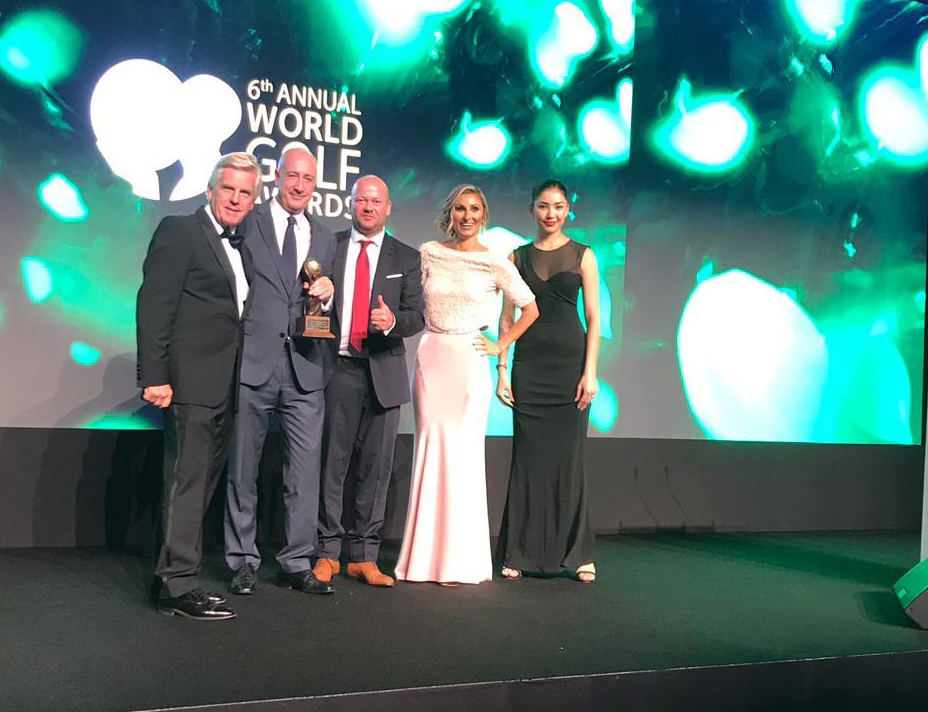 Brendan Dwyer was at the event on behalf of La Finca Resort and said “it is a genuine honour to have won two such prestigious awards within the space of just a few months and it represents enormous recognition for the employees of La Finca Resort, for whom the quality of our facilities and services are a priority”.

In turn, the Secretary for Tourism of the Regional Government of Valencia, Francesc Colomer, wished to reiterate his congratulations to La Finca Hotel by saying that “this recognition represents a huge contribution of value to our sector, as well as an improvement in our position over competing destinations”.He went on to say that “tourism is a fundamental catalyst for our economy but also strengthens our image around the world. For that, we thank those who, like La Finca Resort, are committed to raising the quality of their offer”.Francesc Colomer believes that “tourism is an ensemble, in which everyone who forms part of the tourism service chain should put forward the best of ourselves, that side of us which reflects how we are a friendly, diverse destination with many opportunities to guarantee a quality experience for visitors”.

La Finca Resort has been a regular destination for golf enthusiasts for years thanks to its three enormously prestigious golf courses: Villamartín (opened in 1972, designed by Robert Dean Putmann and the venue for the European Tour Mediterranean Open in 1994), Las Ramblas (opened in 1991 and located in natural surroundings of incredible beauty) and La Finca (opened in 2002, a benchmark golf course in the province and the venue for the national finals of the most important circuits). The latter two courses are the work of the prestigious Pepe Gancedo.

The facilities at the resort include a five-start hotel (La Finca Hotel) with 120 guest rooms, an outdoor swimming pool, a glazed living room next to the garden with space for 350 people, one tennis court and two paddle courts. This year, half of the rooms have been renovated in partnership with a prestigious interior design company to modernise the décor and improve the services included in the guest rooms.